What Is The West Coast Neighborhood Collective? 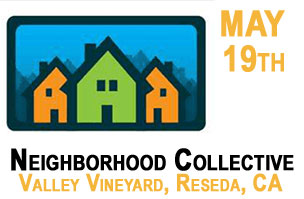 First of all, the Neighborhood Collective is not just another national ministry. Rather, it is, as the name implies, a collection of various ministries from across the United States, each with the same thing in common . . . focusing ministry efforts away from the church building and into the neighborhoods where members live and work.

There is nothing new about ministering in one’s neighborhood.  In fact, the concept is older than Christianity itself.  One could argue that it is firmly rooted in the Levitical command to love our neighbor as we do ourselves.  Jesus Himself emphasized the importance of this command, and it is clear from both the Biblical record as well as church history that His disciples took this command quite seriously.

Today, there is a movement spreading across this country of ours that emphasizes the importance of re-igniting that passion to love our neighbors.  It’s sprouting up in many different forms, adapting to local environments and culture.  In some neighborhoods, it’s represented by people from the same church reaching out to those in need. In other communities it’s several churches coming together in unity in an effort to reach the unreached with the love of God. But wherever it blossoms, the DNA is always the same . . . people loving their neighbors as Christ has loved them.

The purpose behind the West Coast Neighborhood Collective is to bring together those who are actively involved in neighborhood ministry for the purpose of learning from one another.  Gatherings of the Collective are intended to explore ways in which we all might become more effective in advancing the Kingdom of God at the neighborhood level.  It is an endeavor that seeks to provide pastors and ministry leaders with resources and relationships that will offer needed encouragement to effectively equip church members to live out our Lord’s commandment right where they live and work.

I should add that this is not some new church growth program, or some attempt to establish a membership-based organization of like-minded leaders.  Participants in the Collective are simply inviting others to join them on a most exciting journey . . . a journey that begins by simply obeying our Lord’s command to love those who live in our neighborhood!